TheLloyd4U includes more than a dozen improvement projects along the Lloyd Expressway. The projects extend from one end of Vanderburgh County to the other, from Posey County Line Road to Cross Pointe Boulevard.

What type of improvements are expected?

How much are the improvements expected to cost?

INDOT plans to invest more than $100 million in improvements to make the Lloyd Expressway more efficient and safer for motorists to navigate. Funding has been approved for most of the projects.

What is happening now?

Are all of the corridor improvements being planned at once?

While the improvement projects are divided into two phases, they’ll be let as one project with one contractor. Letting as a single project will lead to improved coordination and anticipated efficiencies during construction.

The project is expected to let in fall 2023 with construction expected to begin in spring 2024. Anticipated timelines for the two phases can be found on the project website.

What improvements are planned for each intersection?

What type of improvements are planned?

Planned improvement projects are focused on making the Lloyd work better for drivers. Alternative intersections will be used to improve safety and mobility while maintaining accessibility to businesses and homes along the Lloyd Expressway.

What are alternative intersections?

What is a displaced left turn and how does it work?

Vehicles turning left move to a dedicated lane on the other side of the road, with a signal, before they enter the intersection. There’s no need for a left turn signal at the main intersection. Left-turn traffic moves with traffic on the Lloyd Expressway. This is also known as a continuous flow intersection. Watch a video excerpt below from the Federal Highway Administration to get a better idea of how this type of intersections works.

What is a boulevard left turn and how does it work?

Vehicles wanting to go left off the Lloyd Expressway go through the intersection, make a U-Turn and then turn right. This removes left turns at the main intersection. All boulevard left turns planned for TheLloyd4U include a traffic signal at a dedicated U-turn in the median to safely make the turn. This is also known as a median U-Turn. Below is a video excerpt from the Federal Highway Administration to get a better idea of how this type of intersections works.

What is a hybrid solution and how does it work?

A hybrid solution includes elements from both a displaced left turn and boulevard left turn. An intersection’s proximity to ramps, roadways and other factors means a combination of elements from the two work best together to improve safety, performance and wait times.

How soon could construction begin?

The project is currently in the design phase. The Project Team is identifying environmental impacts, gathering public feedback and completing preliminary design work. The Team will finalize design and right-of-way processes before the projects are let.

How many homes and businesses will be impacted for these improvements?

It’s still early in the process, but the Project Team doesn’t anticipate acquiring any homes or businesses for TheLloyd4U improvements. Right-of-way information and process will be developed after preliminary design is complete.

Is the impact construction will have on businesses, drivers and others in the corridor considered?

The Project Team will develop maintenance of traffic plans to help keep traffic flowing during construction. The team will work closely with business owners, local government officials, school officials and emergency personnel to share information, listen to their questions and address their concerns.

Will there be any permanent closures with the improvements being made on the Lloyd Expressway?

Yes, a handful of permanent closures will be made to address safety concerns in the area. These locations are Pennsylvania Street at Wabash Avenue, N. 12th Street at Lloyd, N. Lemke Avenue at Lloyd and S. Ingle Avenue at Lloyd.

Will the public have a chance to share its feedback?

Yes. The public and stakeholders will be informed throughout the process with a chance to share their questions and feedback. Touchpoints include a project website, social media channels, project e-mails and text alerts, stakeholder meetings, public meetings and public hearings that will be followed by a formal comment period.

How can I stay up to date on the project?

Sign up for project updates by email here. Sign up for text alerts by texting “INDOT Lloyd” to 468311.

Why is the Lloyd called an Expressway when we just keep adding more signals?

The Lloyd Expressway was named in the late 1980s for the late Russell G. Lloyd, former mayor of Evansville and a key player in the city’s efforts to build the highway.

The Federal Highway Administration (FHWA) considers an expressway to be a divided highway with traffic that travels in each direction with grade separations at most major intersections. Several major intersections along the Lloyd Expressway include grade separations. However, limited space along more commercial sections of the Lloyd mean there’s not enough room for additional overpasses.

While some intersections will have additional signals, alternative intersections reduce conflict points and organize traffic to improve flow and safety while decreasing time stopped.

Why are we adding more signals to the Lloyd?

Instead of an intersection occurring at a single cross-street with the main road, TheLloyd4U expands intersections out to move left turning traffic to the other side of the road either before or after the main intersection. Through traffic in both directions on the Lloyd and drivers making left turns off the Lloyd are made simultaneously, increasing the number of vehicles that move through the intersection. Additional traffic signal heads are an extension of the main signal and function with it. Vehicles should only get stopped at one signal. Click here to learn more about improvements.

Why can we not just remove all the signals from the Lloyd Expressway?

The Lloyd is a main connector and heavily developed. Maintaining access to those many businesses and homes is a priority. A limited access interchange requires a large footprint, often with significant impacts to adjacent property.

Currently, drivers exiting I-69 south that head westbound on the Lloyd Expressway must merge and cross three lanes of traffic to turn left on Cross Pointe Boulevard.

TheLloyd4U will reconfigure I-69 ramps to two lanes and provide dedicated lanes with signs for drivers looking to continue to North or South Cross Pointe Boulevard. The safety of this intersection is increased by the addition of the signal at the I-69 ramp, helping drivers make a safe turn to continue driving along the Lloyd Expressway or to access Cross Pointe Boulevard in either direction. 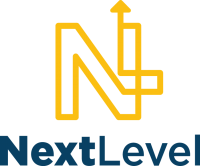